For over 30 years, Mukesh has played a role in the international corporate world in areas such as Risk, Audit, Compliance and Business Management, with such prestigious names as British Airways.
In more recent years, he has undertaken several, largely non-executive, roles with pension funds and within the Third Sector. Mukesh has a Master’s Degree in Management & IT, and also holds a specialist qualification of CISM – Certified Information Security Manager – issued by ISACA. With particular skills and experience in asset allocation and strategy, he has also acted as Chair of a Local Pension Panel which managed a fund selection in excess of £1.2 billion.
He has also presided as Chair to many charities and Third Sector organisations. In his “downtime”, through his involvement with the Hounslow Rotary, he has co-founded a project called “Rotary World’s Greatest Meal to Help End Polio”, which has helped to save over 16.5 Million children from Polio. He had been a Councillor & the Deputy Mayor Of The London Borough of Hounslow during 2017/18. He is married with three children, he has also become a grandfather of three.

She holds an array of specialist qualifications including project management, marketing and change management.

Currently working as a Project and Improvement Manager. Sarah specializes in project and change management and has previous work experience in marketing, and has worked as an investigator.

Sarah is a mum of two, a school governor and is also a commissioned army officer (ACF) who has volunteered for over 13 years and has been awarded a Cadet Forces Medal.

In her free time, Sarah likes writing books and working on design projects.

As well as Vice Chair, Sarah is the Homeware lead for Thamesbank and also sits on the strategy working group.

Steve has been the treasurer of Thames Bank Credit Union for just over a year. Professionally, Steve is a project manager and chartered engineer with nearly 40 years of experience in the oil and gas processing industries. He has a MBA from Warwick Business School and a Certified Diploma in Accounting and Finance, coupled with strong commercial awareness and genuine business acumen.

He is also a member of the Honorary Treasurers Forum and well versed in the application of risk management.

He is married with three children and spends his spare time target shooting and keeping fit by cycling, Pilates and swimming.

Paul is very involved in Athletics with Thames Valley Harriers. A past Chair and team manager he is currently coaching middle and long-distance athletes, including Internationals and recently the Pole Vault.

Paul was Chair of Governors at Green Dragon J & I schools for many years.

Paul is married with three children and two grandchildren.

Nic has a BA in Business Studies and has over 30 years banking experience specialising in leveraged finance and change management. Latterly he held a number of senior management roles at an international bank in the City. He has been a resident in Richmond-Upon-Thames for over 35 years and has recently been appointed a Trustee of Richmond Council for Voluntary Services. He is also a school governor and Treasurer of the local SW London SSAFA (the Armed Forces charity) Branch.

Recently retired Nic hopes to bring his banking knowledge and experience to Thamesbank as he believes that credit unions will have an increasingly important role to play in allowing people who have previously been financially disadvantaged to access the banking system in a fair and ethical way. In his free time Nic likes to watch a wide variety of sports.

Carys works in London’s insurance industry specialising in marketing and sales. She is an avid communicator and coordinator and takes an active role to implement multi-channel marketing strategies.

Keen on developing her understanding of the wider financial industries, her position as board member ThamesBank Credit Union will oversee raising the organisations profile in align with its goals and business objectives.

Carys holds a Fine Arts degree. Following that she pursued a career in the city’s Finance sector. Her creativity lends itself well to writing and she has successfully held various Marketing roles in that capacity.

Arts continue to interest Carys in her spare time. She also regularly volunteers for local arts and heritage.

Hilary was trained and worked as a Primary class and Head teacher in London schools for over 30 years. In her spare time she volunteered on the Management Committees of emerging Housing Co-operatives across Southern England, particularly West London, working to bring empty properties back into use as family or shared houses. On retirement from education, she picked up her voluntary interest in co-operative organisation, working to support housing co-operatives and develop grassroots community activities. One of these community activities became Thamesbank Credit Union. She oversaw the training of the first prospective Board members, applied for the first registration with the FSA and still continues to provide the volunteer Board with basic administration support.

Hilary also belongs to a local choir, regularly attends West End and local theatre productions, is an active gym member and, these days, is able to develop her interest in different cultures and languages by visiting other countries.

The Money Advice Service can help with money management and budgeting. 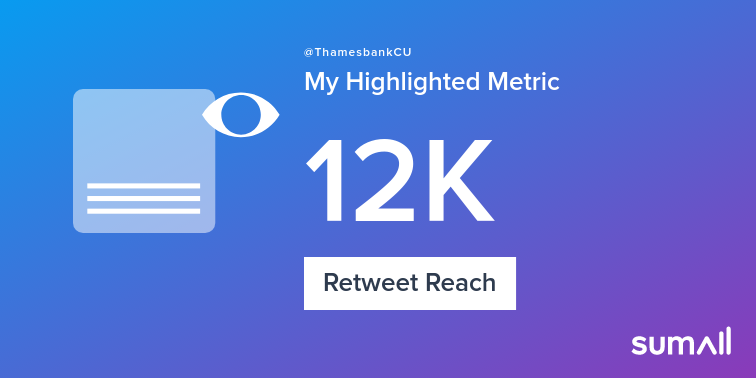